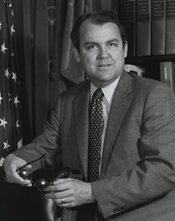 Shumway has been active as a lifelong member of The Church of Jesus Christ of Latter-day Saints. He served as a missionary to Japan from 1954 to 1958, and as a bishop of the church from 1969 to 1974. He has been a seminary instructor, high priest group leader, gospel doctrine teacher, ward organist, high councilman and a counselor in a stake presidency.

In 1960, Shumway married the former Luana Schow. They have six children. In October 2009 Shumway published his 570-page autobiography, Times and Seasons of Norman D. Shumway.