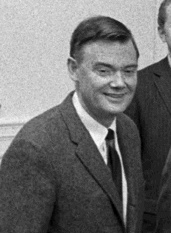 United States District Judge and counsel to President Lyndon B. Johnson. He was best known for overseeing the lawsuit to desegregate the Dallas Independent School District.

Judge Sanders was married to the former Jan Scurlock. He and his wife had four children and nine grandchildren. His oldest daughter, Janet, is a Superior Court Judge in Massachusetts.