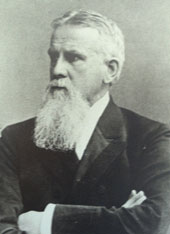 German geographer and ethnographer and a principal influence in the modern development of both disciplines.

Ratzel originated the concept of Lebensraum, or “living space,” which relates human groups to the spatial units where they develop.

Ratzel studied zoology and in 1869 published a commentary on the work of Darwin. He subsequently became familiar with theories relating to the migration of species. His extended tour of North and Central America (1874–75) as a correspondent for the Kölnische Zeitung (“Cologne Journal”) made a profound impression on him and provided a basis for many of his ideas. For the rest of his life he taught at the technical university of Munich (1875–86) and at the University of Leipzig (1886–1904).

Ratzel’s chief interests lay in human migration, cultural borrowing, and the relation between man and the many factors of his physical environment. Though influenced by the evolutionary theories of Darwin and of the German zoologist Ernst Heinrich Haeckel, Ratzel became critical of the mechanistic quality of their views. Philosophy, rather than biology, came to dominate his later thought.