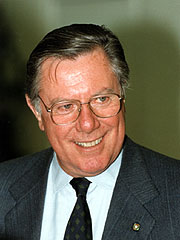 Italian industrialist, the son of entrepreneur Battista Pininfarina. He carried on the car design business that his dad established and was active in his civic involvement.

Sergio's education was completed with studies in the UK and U.S., graduating in 1950 from the Politecnico di Torino with a degree in mechanical engineering. He entered his dad's firm the following year and in 1955, started to design and construct a new plant at Grugliasco/Turin. In 1961 he was named the General manager and Managing Director of the company.

He contributed advanced technology, established a wind tunnel for research on models and improved automated design. From 1974 to 1977, he held courses in car body design at the University. Pininfarina was president of the Industrialist Union of Turin 1978-84 and vice-chair for the economic development of Piedmont 1979-88. He has promoted high-speed railways on the East-to-West European axis since 1993 and has earned many awards for his more than 40 years of environmental work and contributions to technical styling contributions to the Ferrari and other models.

He married Georgia Gianolio; three children. For recreation, he enjoys golf and sailing. He dien on 3 July 2012 in Turin.