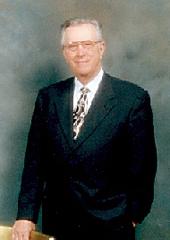 American Pentecostal pastor who built one of the largest churches of the United Pentecostal Church International denomination in the city of Alexandria, Louisiana.

During Mangun's almost 60-year tenure as pastor of The Pentecostals of Alexandria, his congregation became known for its music and the Easter production, Messiah. U.S. President Bill Clinton and his wife, Hillary Clinton attended once while he was governor of Arkansas, and Clinton himself made a return visit during his presidency.