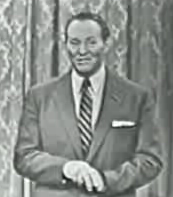 Canadian entertainer. An emcee and ad-libber extraordinaire, he talked to some 30,000 people in his 16 years as a radio and TV announcer. His three shows, "People Are Funny," "House Party" and "Life with Linkletter" were extremely popular. Since 1933, when he first became an announcer, he had talked extemporaneously and non-stop.

The son of an unwed mom, he was adopted by an elderly couple who moved to California with him when he was three. He always referred to himself as an orphan.

His daughter, Diane died of drug suicide 10/04/1969. After that time, he invested much of his time, energy and resources into various youth-oriented programs and charitable activities.