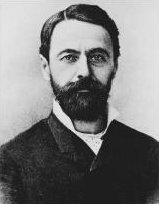 He is best known for his work in stereochemistry. Le Bel was educated at the École Polytechnique in Paris. In 1874 he announced his theory outlining the relationship between molecular structure and optical activity. This discovery laid the foundation of the science of stereochemistry, which deals with the spatial arrangement of atoms in molecules. This hypothesis was put forward in the same year by the Dutch physical chemist Jacobus Henricus van 't Hoff. Le Bel wrote Cosmologie Rationelle (Rational Cosmology) in 1929.