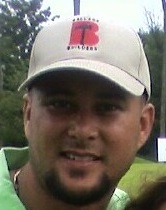 American dancer and choreographer known for his collaborations with Michael Jackson and other stars, and for his brief marriage to Jennifer Lopez. The two married on 29 September 2001. The marriage ended less than a year later, in June 2002. Judd's mother is Filipina and his father is Portuguese.

By age 22, he was dancing professionally with Disney. He was hired to dance with Michael Jackson for the 1995 MTV Video Music Awards and then danced with Jackson on the HIStory Tour, eventually becoming lead dancer for the tour. In 1999, he performed at the Billboard Music Awards with Celine Dion, the MTV Music Awards with N'SYNC, and in 2000 at the American Music Awards with Enrique Iglesias and Brian McKnight, and for "Best Song" nominee That Thing You Do at the 69th Annual Academy Awards. Judd teamed up for the first time with choreographer Eddie Garcia, a collaboration that continues to this day, to choreograph the 2000 Tour for Jordan Knight.

Judd choreographed numerous music videos including "My Way" for Usher, "Jump, Jive, & Wail" for the Brian Setzer Orchestra, "If I Could Go" for Angie Martinez and "Tango" for Julio Iglesias. He also directed the music video, "Ain't It Funny-Remix," with Ja Rule. Judd then became creative director for Handprint Entertainment, overseeing a $5 million budget and delivering Jennifer Lopez's NBC concert special Let's Get Loud (DVD).

Judd appeared as a back-up dancer for ex-wife, Jennifer Lopez's music videos "Love Don't Cost a Thing," "Play," and "I'm Real," and appeared in her "I'm Gonna Be Alright" video.

Judd's television debut was on the first season of the American series of I'm a Celebrity...Get Me Out of Here!. He beat out all the other contestants, earning $200,000 for the Make-a-Wish Foundation when he was crowned "King of the Jungle" in a viewer vote.

In 2006, Judd hosted the reality version of Dirty Dancing, and in 2008 was a judge on Lifetime's Your Mama Don't Dance.