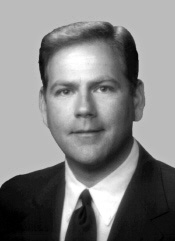 American politician and lobbyist who from 1997 to 2005 served as a Democratic member of the United States House of Representatives for Louisiana's 7th congressional district, since disbanded and merged into the 3rd district.

John is married with twin sons. After his House career ended, John worked for two years as a lobbyist in Washington, D.C.. Since August 2007, he has made his home in Lafayette, where he is chief lobbyist for the United States Oil and Gas Association. In 2009, John was inducted into the Louisiana Political Museum and Hall of Fame in Winnfield.