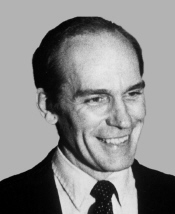 American lawyer and Democrat politician who served as an Indiana state legislator and Congressman. Jacobs was a member of the United States House of Representatives for thirty years, beginning in the 1960s. His father, Andrew Jacobs, was also a congressman for one term.

He served as an infantryman in the United States Marine Corps in the Korean War, and was a disabled combat veteran.

Jacobs was an active participant in the American Civil Rights Movement in the 1950s and '60s. He was an early opponent of the Vietnam War, and led an all-night debate against American military involvement in Vietnam during the war, the first critical discussion of the Vietnam War in the House of Representatives. In his criticism of the Vietnam War, Andy Jacobs reportedly coined the term "War wimp" to a describe a politician who advocated war but who had avoided military service earlier in life.