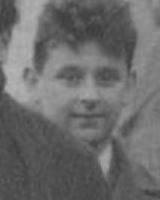 German mathematician and physicist, known for his development of the superachromat lens. He held patents for an "apochromatic telescope objective having three air spaced components" and a "superachromatic objective".

He studied mathematics and physics at the Berlin University, where Albert Einstein was one of his professors, and later became a friend and advisor. In 1923, Herzberger finished his Ph.D. thesis Ueber Systeme hyperkomplexer Grössen under Ludwig Bieberbach and Issai Schur at the philosophical faculty.

In 1934, the Nazis deprived him from his professorship at Jena University. He emigrated with his family to Rochester, New York where he became head of Eastman Kodak's optical research laboratories, arranged by Einstein. In 1940, he and his family became U.S. citizens. In 1954 he finished the development of the superachromat as the ultimately well-corrected lens for Kodak.