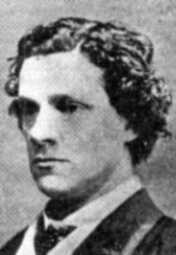 He recognized that fingerprints were unique and permanent. Herschel documented his own fingerprints over his lifetime to prove permanence. He was also credited with being the first person to use fingerprints in a practical manner. As early as 1858, working as a British officer for the Indian Civil Service at Jangipur in the Bengal region of India, he started putting fingerprints on contracts.

He was the third child (of twelve) and the eldest son (of three) of the astronomer, John Herschel. His younger brothers were Alexander Stewart Herschel and John Herschel the Younger.

On 19 May 1864 he married (Anne) Emma Haldane, youngest daughter of Alfred Hardcastle of Hatcham House, Surrey. She died at the birth of their second son, having borne him four children.

William James Herschel was knighted and styled 2nd Baronet. He died on 24 October 1917 at age 84.