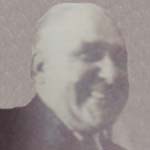 Chilean Radical Party politician who served twice as provisional president in 1946. He remained a Senator until 1953, when he retired permanently from politics. Duhalde also was director and president of the Banco Osorno- La Unión (1960–1966), Presidente of the Athletic Federation of Chile, partner of the Duhalde, Dibarrant and Co. and honorary director of Colo-Colo F.C. He died in the city of Santiago on 10 April 1985, aged 86.