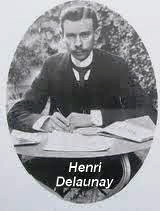 As a member of FIFA, he sat on its board as deputy from 1924 until 1928. Along with Jules Rimet, he was an early architect of the FIFA World Cup. He was also a very early proponent of the European Champions Cup, as early as the 1920s.

Together with Rimet, he was largely responsible for the creation of the European Football Championship, the trophy of which is named after him, having first proposed it in 1927. The first tournament took place in 1960.

He was General Secretary of UEFA from its foundation on 15 June 1954 until his death on 9 November 1955.