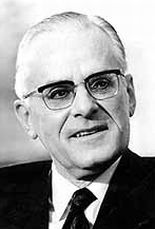 United States government official who served as Secretary of Agriculture under Presidents Richard Nixon and Gerald Ford. His policies favoured large-scale corporate farming and an end to New Deal programs, but he is best remembered for a series of verbal gaffes that eventually cost him his job.

On 22 May 1981, Butz pleaded guilty to federal tax evasion charges for having under-reported income he earned in 1978. On 19 June he was sentenced to five years in prison. All but 30 days of the term were suspended. He was also fined $10,000 and ordered to pay $61,183 in civil penalties.

Butz died in his sleep on 2 February 2008, in Kensington, Maryland. At his death, Butz was the oldest living former Cabinet member from any administration.