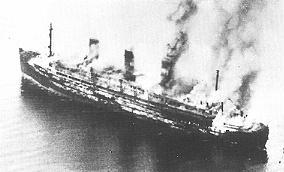 Dutch school teacher, a respected head of school, who was killed by the SD during the Nazi reprisal Action Silbertanne.

During WW2, Arend (E: Eagle) Boldewijn was a contact person of an armed group of Dutch resistance figthers, the Knopploeg Meppel. His sons Jan and Gerardus Johannes were part of it. They were involved with the transport to Spain of shot down, but rescued from (near) death parachuted RAF pilots, hiding Jews, robberies of town halls to get ration stamps for illegal persons and also with killing of people that were seen as life dangerous traitors.

In the night of 28 to 29 May 1943 Arend Boldwijn was picked up by SD men that interrogated him about his sons. He was tortured, but said nothing. That night he was killed and dumped along the road near Rouveen.

On his funëral, the school children sang Psalm 103: "As for man, his days are like grass; he flourishes like a flower of the field ; for the wind passes over it, and it is gone, and its place knows it no more."

That same night, two other innocent (of "illegal" activities suspected, but not by a judge convicted) men were executed by "Nazi Standrecht" in Meppel. It was the start of the retaliation Operation Silbertanne, in which SD and SS death squads tried to break the Dutch resistance. For every killed German soldier or Nazi sympathiser, many more respected Dutch civilians would be killed. But it did not affect the fighting spirit of his sons and caused a split in the NSB party.

His son Gerardus Johannes Boldewijn (23 October 1921, Wamel) was captured mid 1944 and transported from Camp Amersfoort to concentration camp Neuegamme. Neuegamme was liberated on 2 May 1945 by British troops, but they found an empty camp as the prisoners and their SS quards had been sent away to Norway per prison ship. Gerardus Johannes Boldewijn was onboard of the crowded ocean liner SS Cap Arcona (1927)when it was attacked by English air-planes.

Most of the SS guards managed to jump overboard of the burning ship, but few prisoners. German trawlers rescued 16 sailors, 400 SS men, and 20 SS women. But only 350 of the 5,000 former concentration camp inmates aboard of the Cap Arcona survived. Some 270 Dutch war prisoners lost their life, including many men from the 1 October 1944 Putten raid (Dutch : wells) and "Sonny Boy" Waldemar Nods and Gerardus Johannes Boldewijn.

The RAF killing of about 5,000 people; with more than 2,000 further casualties in the sinkings of the accompanying vessels of the prison fleet; SS Deutschland and Thielbek was one of biggest single-incident maritime losses of life in the Second World War.