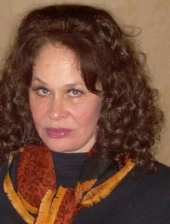 American actress who had her first stage experience by age ten and continued to work on stage into the ‘60s. She made her film debut in 1960’s "The Prime Time." Her other films include "Five Easy Pieces," 1969, for which she won the New York Film Critics award for Best Supporting Actress in 1970, and received an Oscar nomination as well. She also appeared in "Portnoy’s Complaint," "The Great Gatsby" and "Nashville."

She was born in a Chicago suburb to an engineer father and a mother who wrote children’s book. She had an older sister, Gail, and a younger brother.

At ten, Black began acting with a local amateur theatre group. She dropped out of high school to marry Charles Black but was divorced by the late ‘50s. She wanted to resume her education, so passed the equivalency tests and was admitted to Northwestern University. She studied drama for two years, then dropped out to go to New York City to forge a theatre career.

In New York she worked odd jobs until the fall of 1961 when director George Abbott hired her to understudy in the Broadway hit "Take Her, She’s Mine," and in March 1962, "A Funny Thing Happened on the Way to the Forum," though she was later replaced. She then went on to play a minor role in with the New York Shakespeare Festival as well as some off-Broadway productions.

Black's first film was the 1960 release "The Prime Time," though "You’re a Big Boy Now," 1966 is often cited as her first. Black moved to Hollywood after the completion of the latter film, and on 4/10/1967 had her first TV appearance in the "Run For Your Life" series. More television followed, primarily series appearances. She was lured back to Broadway in 1967. She was in "Easy Rider" which turned out to be a surprise movie hit in 1969. Jack Nicholson, who appeared in that film, recommended her to be cast in "Five Easy Pieces," released in 1970, for which she won the New York Film Critics Award and a best supporting actress Oscar nomination. More roles followed, including "Nashville" for which she composed two songs, "Memphis" and "Rolling Stone."

B.C. in hand from the Wilsons (CDT possible, legal use of CST for the registry is assumed)