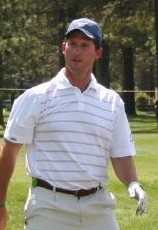 American football player, a quarterback first selected by the Los Angeles Raiders in the fourth round of the NFL draft; he was signed by the team on 7/24/1987. Most recently, on 4/10/1996, Beuerlein was signed by the Carolina Panthers to play as their starting quarterback. In 1998, he started the last 12 games for the Panthers and set team records in nearly every passing category.

A superior player, Beuerlein was a member of the Super Bowl championship team in 1992 and played in three conference championship games throughout his career. Complementing his playing talent were his affable personality and high-caliber leadership, both of which made him a favorite of his teammates..