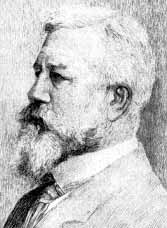 Belgian embryologist, cytologist and marine biologist, who was professor of zoology at the University of Liège. He contributed to cytogenetics by his works on the roundworm Ascaris. In this work he discovered how chromosomes organized meiosis (the production of gametes).

Van Beneden elucidated, together with Walther Flemming and Eduard Strasburger, the essential facts of mitosis, where, in contrast to meiosis, there is a qualitative and quantitative equality of chromosome distribution to daughter cells.