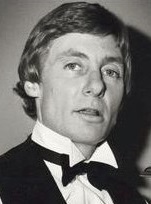 Australian politician, who served as the 39th Premier of South Australia, leading the Labor party to government at the 1982 election. The Bannon Labor government was re-elected at the 1985 election and the 1989 election – in 1992 he became Labor's longest-serving and South Australia's second longest-serving Premier. As a result of the State Bank collapse, Bannon resigned as Premier and Labor leader in 1992, and from parliament at the end of the record 11-year Labor government resulting from the 1993 election landslide.

John Bannon's first wife was Supreme Court Justice Robyn Layton, with whom he had a daughter, Victoria. His second wife, Angela, is the mother of musician and television personality Dylan Lewis.