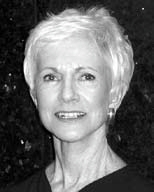 On 2 April 1992, Baird was nominated by President George H. W. Bush to a new seat on the United States District Court for the Central District of California created by 104 Stat. 5089. This was particularly impressive because she is a Latina and a Republican-turned-Democrat who was nominated by two white Republican men, ahead of "three highly qualified Republican male candidates."