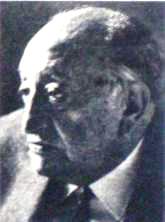 Asturias was raised in Guatemala though he lived a significant part of his adult life abroad. He first lived in Paris in the 1920s where he studied ethnology. Some scholars view him as the first Latin American novelist to show how the study of anthropology and linguistics could affect the writing of literature. While in Paris, Asturias also associated with the Surrealist movement, and he is credited with introducing many features of modernist style into Latin American letters. In this way, he is an important precursor of the Latin American Boom of the 1960s and 1970s.

One of Asturias' most famous novels, El Señor Presidente, describes life under a ruthless dictator. Asturias' very public opposition to dictatorial rule led to him spending much of his later life in exile, both in South America and in Europe. The book that is sometimes described as his masterpiece, Hombres de maíz (Men of Maize), is a defense of Mayan culture and customs. Asturias combined his extensive knowledge of Mayan beliefs with his political convictions, channeling them into a life of commitment and solidarity. His work is often identified with the social and moral aspirations of the Guatemalan people.

After decades of exile and marginalization, Asturias finally received broad recognition in the 1960s. In 1966, he won the Soviet Union's Lenin Peace Prize. The following year he was awarded the Nobel Prize for Literature, only the second Latin American to receive this honor. Asturias spent his final years in Madrid, where he died on 9 June 1974 at the age of 74. He is buried in the Père Lachaise Cemetery in Paris.