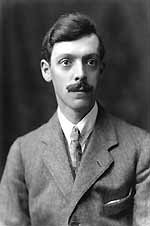 Scottish-Australian philosopher who occupied the post of Challis Professor of Philosophy at Sydney University from 1927 to 1958. He founded the empirical brand of philosophy known as Australian realism.

Anderson's promotion of 'free thought' in all subjects, including politics and morality, was controversial and brought him into constant conflict with the august senate of the university. However, he is credited with educating a generation of influential 'Andersonian' thinkers and activists—some of whom helped to place Sydney in the forefront of the 'sexual revolution' of the 1950s and 1960s.